Topic: Learn from a case study 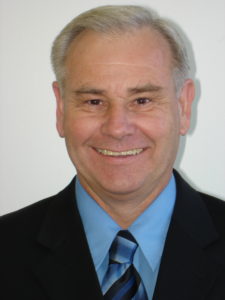 Mr. Baier is a Forensic Document Examiner Certified by SAFE (CFDE).  He has AS, BS, and MA degrees.  As a certified New York State law enforcement instructor Bob has trained law enforcement in New York and other states in document examination, identity theft, and bogus checks. Mr. Baier has been a primary instructor for the Jamaican Constabulary Force, Document Examination Department.

Mr. Baier has been honored to appear on live radio nationally and on the television shows “Inside Edition”, “Law Talk TV” and the Discovery/Smithsonian channel which aired in the US, Canada, Europe and Asia.  He has been featured in his alumni magazines for both high school and college and was featured in Orange Magazine of NY in 2009.  Mr. Baier has spoken at National and International Conferences in, Portland, OR, Washington, DC, Boca Raton, Fl, Montego Bay, Jamaica, two times in Maryland and in Dallas TX.

Some of the reasons why you should attend the May 19, 2019 SAFE class with Bob Baier

Increase your confidence for a Jury Trial, from the second you enter the courtroom. What you should and should not do.

Learn the biggest mistake you can make in examining sets of initials.

Learn what you must do according to Albert Osborn in every examination that most document examiners do not do.  Doing it was crucial in my solving this case.

What are the two most important requests you can make regarding an opposing document examiner in a case?

What are the ways you can assist your client’s attorney regarding the opposing document examiner?

What can you do when many of your exemplars are thrown out at trial and your exhibits are already prepared, on-site and based on those exemplars?